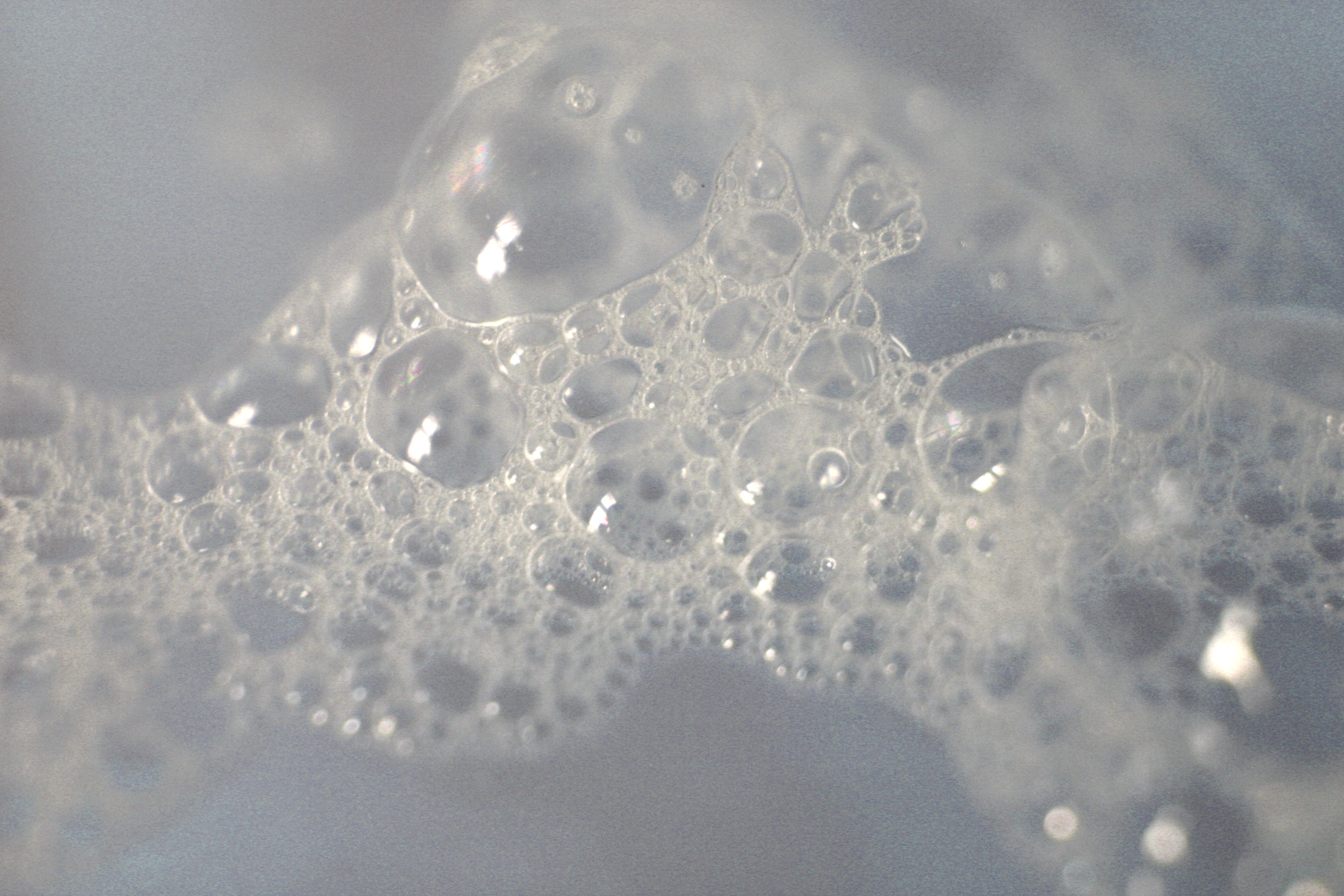 Do you wash your hands with soap? And do you know what soap is?

Soap, which has been known for over 2,000 years, is prepared from naturally-occurring fats, such as cotton-seed or linseed oil, soya-bean oil, ground-nut, palm oil and coconut oil, by boiling with alkali:

Fundamental research work, largely by N. K. Adam, on the nature of surface forces, soaps firms, and so on, led to the conclusion that the soap was attached to the water surface by the ionized group COO–Na+ and the long-chain part of the molecule (c17H35), ie:

was sticking up in the air away from the surface, because it is water-repellent. Most dirt is held on to clothes or hands by greasy substance, i.e. fats; the fats are attracted to the long-chain part of the soap molecule and therefore come off the clothes or hands into the water; there is then nothing for the dirt to cling on to and it also comes away. In district where the water is hard, a good deal of soap is used in removing calcium from the water. This is because calcium stearate (which is insoluble and so is useless for removing dirt) is formed from the sodium stearate (the soap) until all the calcium compounds have been converted into sodium compounds.